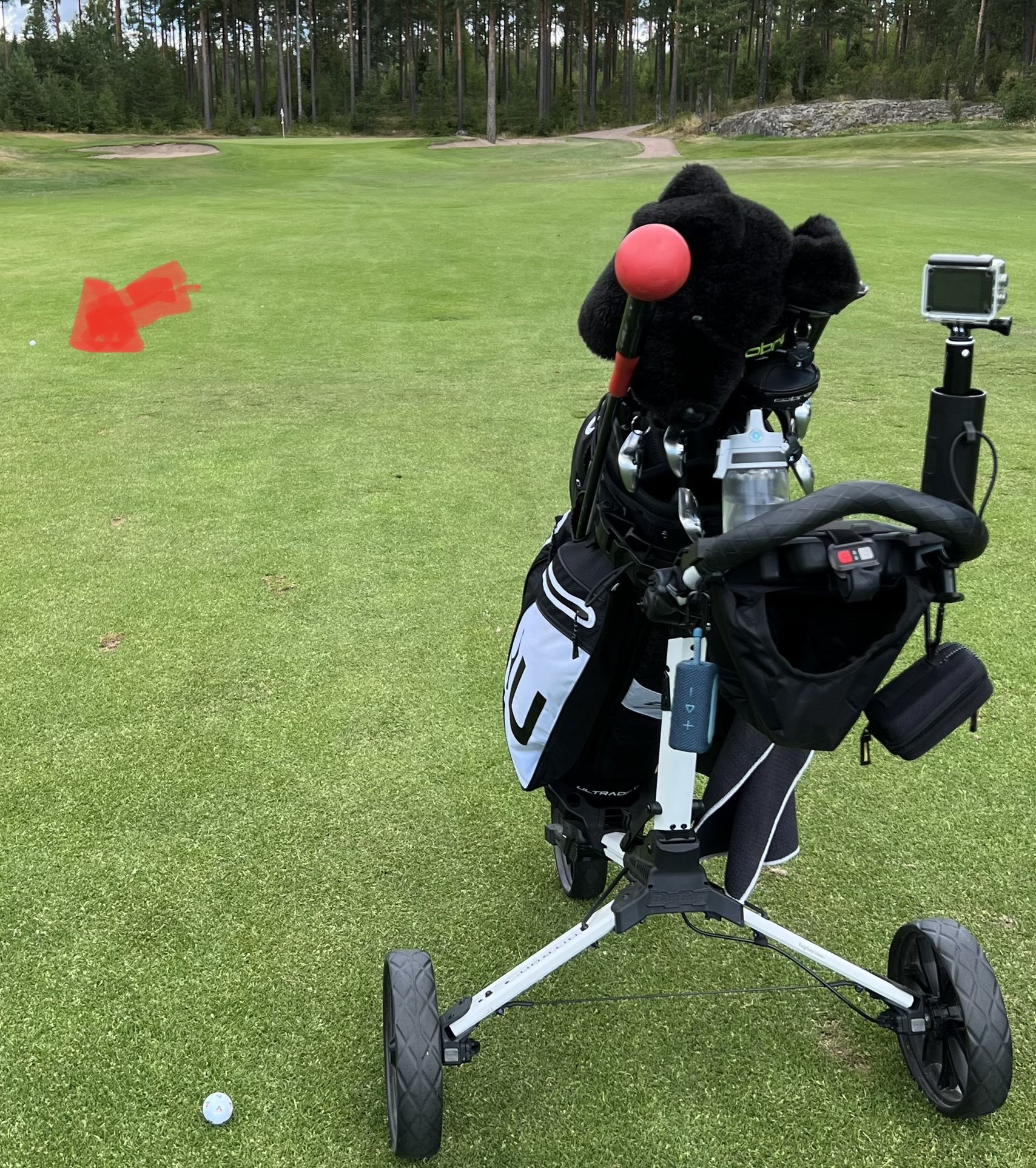 My golfing history. A checkered past? I played as a junior and like most young kids had quite an awful temperament. I soon realized that I wouldn’t make the grade,

I played at Dunkeld & Birnam Golf Club in Perthshire, Scotland during my teenage years (in the 1980s). A short, hillside 9-hole course (at the time). We had quite a vibrant junior community with 10-plus boys, including my younger brother.

We didn’t have direct access to a golf pro, but we had occasional visits from Craigie Hill GC, Frank Smith, and a few very invested members: a special shout-out to John Cunningham who helped with coaching and transportation.

I cannot remember exactly when I started playing, but my mother was the influence – we played together in mixed tournaments with no success but it was fun.

I got down to a 6 handicap towards the end of my teenage years, and played a couple of times for my county but realized that I would never make it as a golfer so when college came around my priorities changed.

Cue a hiatus of about 30 years until I took up the game again properly. I got a membership at my local golf club, Pickala, for my 50th birthday (2019) – I had the aim of playing 50 rounds. Little did I know that I would become completely obsessed with the game again. Now I cannot get on the golf course enough.

Golf now is so much more about having fun: being out in the countryside; at one with nature; with friends; maybe hitting the odd good shot. I am also trying to #manageExpections (thanks @loustagner) with the knowledge that I am not a pro, do not practice and the pros actually do quite as well as you would think.

I am currently trying to shift a bit from managing my expectations to having #noExpectations at all: check out @scratchattitude on Twitter for more on that philosophy.

I do look at stats and use this information on the areas of my game that need improving (if I were to practice) but the scores and the handicap are coming down – which adds to the enjoyment of the game.

In the off-season, which is long here, I’ve even signed up for weekly trackman sessions to keep my eye in and swing flowing. Roll on the new season.